Boats must hold a Valid Buoyancy Certificate to race in any event. This includes Canadian and USA 2.4mR class events. This is covered in class rule B 4.3.

Certificates are valid for a maximum of 5 years from the date of a test.

END_OF_DOCUMENT_TOKEN_TO_BE_REPLACED

Notices of Race and Results are linked above.

Below is a list of events that are scheduled for the upcoming 2017 Racing Season.  When planning your schedule, please note the following:

NYC Summer Series:       The series will offer four days of course racing throughout the season.    Racing will be undertaken via the National Yacht Club and is open to both club and non-club members.  Racing will take place on Lake Ontario, south of Ontario Place, weather permitting.  More information will be forwarded to the Fleet at the end of May.

You will be notified when a Notice of Race of any of the events below has been electronically posted. END_OF_DOCUMENT_TOKEN_TO_BE_REPLACED 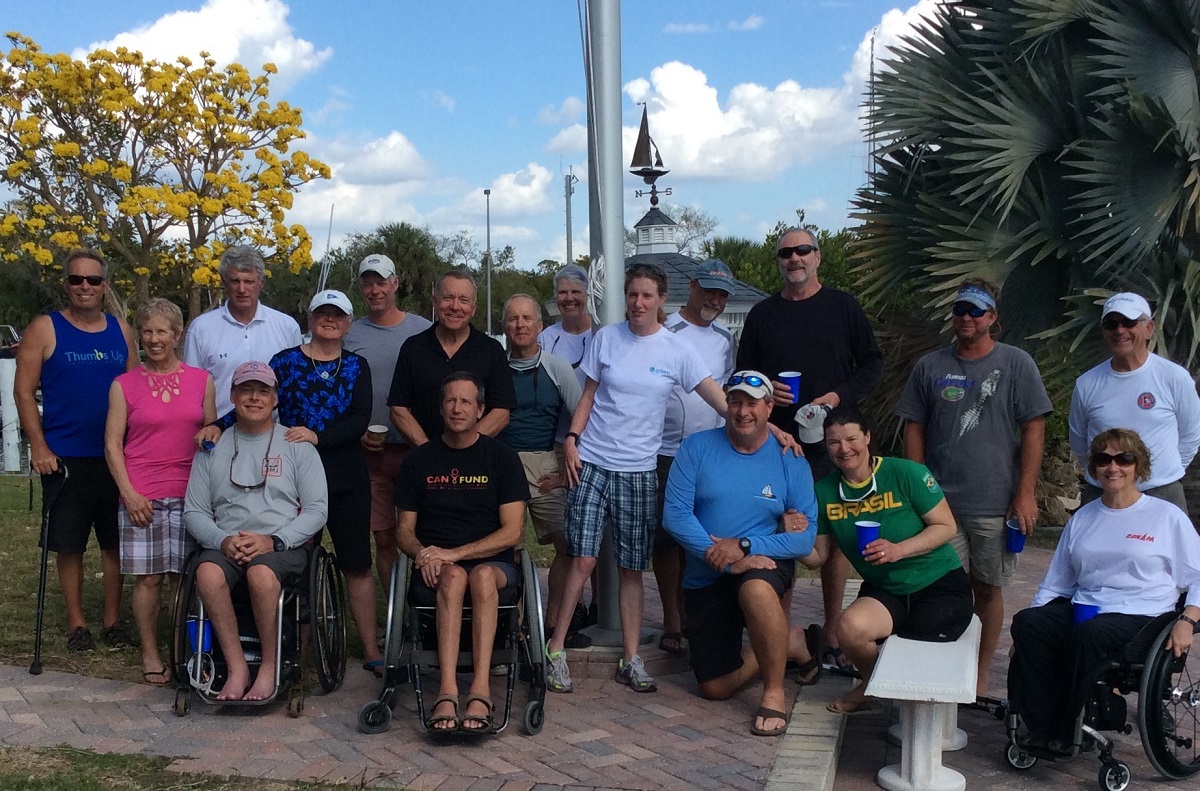 We are already past the middle of March 2017, which means we are only 9 weeks away from our first Eastern Canadian 2.4 Meter regatta, the Ice Breaker at National Yacht Club in Toronto. The fleet in Victoria, which doesn’t have the same hard water problems the rest of us do, have been racing once per week out of Royal Victoria YC.

The CAN-AM Winter Series has only one more event scheduled (March 24- 26th) and has been a great success. Ten Canadian boat owners have participated in at least one of the regattas to date. After the final event a number of sailors will staying on in Florida to train for 3 or 4 days before making the return trip north. The organizers of the CAN AM Winter series will be reviewing the event and would like feedback from both participants and those unable to participate with the hopes of growing the event in 2017 – 2018

Summer and early autumn 2017 has a number of interesting regattas scheduled. I have already made contact with the International 12 Meter class who will be participating in Meter Fest with us at the New York Yacht Club in Newport June 9 -11. They are excited we are participating and it will be an excellent opportunity to showcase our boat with the goal of getting a fleet of boats established in Newport. Ten days after Meter fest will be the Clagett Regatta, also in Newport so a number of us are planning to leave our boats at Sail Newport and return for the Clagett. We are anticipating twenty or more 2.4mR’s for Meter Fest.

The inclusion of the 2.4 meter class in the 2017 Canada Games in Gimli Manitoba is important because it puts the class in front of our ten provincial sailing associations. While entry is restricted to one per province and there are both age and classification requirements the inclusion has resulted in boat ownership in eight of our ten provinces with very healthy activity in Saskatchewan.

This year is Canada’s turn to host the 2.4mR North Americans and Alain Dubuc and the crew of the Pointe Claire Yacht Club are already working hard to make sure it will be a memorable regatta. Last year they organized the successful Canadian 2.4mR Championships so they have most of their team back for 2017. The 2.4mR regatta schedule (found on this website) has a direct link into the Notice of Race for this event.

See you on the water.

Class Membership dues for 2017 are $50.00. The easiest way to pay your dues are to go to the website and fill out a Membership Form. Dues can then be paid via Paypal, our secure payment processor. If you feel uncomfortable using Paypal, please contact Audrey and she will give you instructions on paying by cheque.

What do class fees cover?

2.4mR Can Am Winter Series

The 2016-2017 2.4mR CAN AM commenced with three regattas on the Gulf Coast of Florida in December 2016. The First Regatta (The America’s Regatta) was held December 2 – 4 at the St Petersburg Sailing Centre in Saint Petersburg FL. 15 boats competed with Dee Smith from Annapolis MD 1st place, Peter Wood from Ottawa, ON second and Tony Pocklington from Fort Myers FL third. Winds were medium to light.

After using Monday December 5th to move the boats to Charlotte Harbour YC the second Regatta (the 2016 North American Championship) was held December 6-7. Tuesday saw winds of 10 to 13 knots with Allan Leibel of Toronto winning two races and Dee Smith of Annapolis winning the other. On the second day Dee won the first race of the day with Alan in close pursuit in second. The second race saw Allan get around the windward mark first while the rest of the fleet was becalmed and trying to sail against an unfavourable tide to the windward mark. After 20 minutes the RC abandoned racing for the day with the result that Dee became the 2016 North American 2.4mR champion.

The 2016 United States 2.4mR championships were the final regatta of the December series. Four races were held on Thursday December 8, with three races on December 9th and the final two races on December 10th.  Allan Leibel definitely dominated the series winning all nine races. Charles Rosenfield placed second and as the top resident US sailors was award the 2016 US 2.4 Meter Championship. Races on all days were sailed in a 10 to 15 knot wind range. Although a cold front swept through the area on December 9th and 10th it was still comfortable sailing for the northerners.

The next regatta in the series will be January 21 & 22, 2017 in Port Charlotte followed by the Charlotte Harbour Regatta February 3 – 5 (not part of the CAN AM series) and February and March regattas on the 25th and 26th of the  month, respectively.  A limited number of charter boats are available. This would be a great opportunity for those considering joining the class to try the boat and check out the fleet. Contact either Peter Wood  or Tony Pockington  for more information. END_OF_DOCUMENT_TOKEN_TO_BE_REPLACED